Subsequent to the Brexit transition period ending on 31 December 2020 it was obvious that the need for export health certiﬁcates (EHCs) would increase signiﬁcantly. This means that never before have certifying ofﬁcers (COs), of which most are Ofﬁcial Veterinarians (OVs), been so important to keep the UK’s vibrant export trade in animals, products of animal origin (POAO) and germplasm moving across borders.

Throughout 2020 and into 2021, the world has been dealing with a pandemic with companies of all sizes ﬁghting for survival in one of the most difﬁcult economic periods in history. For this reason, it is likely that Brexit planning was not as high on the list of priorities as it otherwise would have been, meaning few companies were prepared for the different conditions under which they would ﬁnd themselves trading from 1 January 2021.

On 24 December 2020, Boris Johnson announced that a trade deal had been struck with the European Union allowing trade to continue free of tariffs and quotas but subject to all the requirements that being a third country brings. Prior to this, the UK and Europe did not know the terms on which they would be trading from 1 January. This in turn delayed companies organising certiﬁcation services as some were hoping that trade across EU borders would be completely frictionless if a free trade agreement was struck. Paradoxically, the fact that a deal was struck has put more pressure on certiﬁcation services as the EU still ﬁnds it economical to trade with the UK under the terms of the Christmas Eve agreement and POAO goods remain in high demand from our European neighbours.

Both increasing certiﬁcation capacity and facilitation of certiﬁcation procedures would be required to allow the continued movement of animals, products and germplasm to and through the EU, to allow UK exporters to maintain their export trade. The existing exports to third countries would also need to continue to be certiﬁed by the same COs and OVs that would also now be certifying many more products of animal origin that previously needed no certiﬁcation to allow them to move into Europe.

Both increasing certiﬁcation capacity and facilitation of certiﬁcation procedures would be required to allow the continued movement of animals, products and germplasm to and through the EU

On 1 October 2020 APHA released funds which, at the time of writing, still remain available to subsidise the training of:

By publicising this, the hope was to increase the UK’s certifying capacity as a whole in anticipation of the huge increase in certiﬁcation that was likely to be required from 1 January 2021.

A new scheme called the Groupage Export Facilitation Scheme (GEFS) was introduced that went live on 1 January 2021, with companies being allowed to be listed on this scheme from the start of November 2020. This scheme allows time-limited support attestations to facilitate certiﬁcation for certain products destined for, or for transit through, the EU. This scheme allows for speciﬁc groups of products, subject to a set of criteria, to be grouped together on a load to reduce the number of EHCs that would need to be produced and signed by the CO at the distribution centre. A registered veterinarian (member or fellow of the RCVS), not necessarily an OV, would have the authority to sign a time-limited (30 calendar days) support attestation on behalf of the CO. In order to do this, the registered veterinary surgeon must have inspected the production premises and seen demonstration of a stable supply chain over the preceding six months; monthly inspections are then required to allow the support attestations to be signed. The CO at the distribution centre would need to play a large part in drafting the support attestation to ensure that the support attestation contained all the information they would require to be able to sign the relevant export health certiﬁcate for the product in question. A draft support attestation can be found on GEFS Notice ET193.

A completely new role called a Certiﬁcation Support Ofﬁcer (CSO) has also been introduced that permits an ofﬁcially trained, qualiﬁed person other than a vet or certifying ofﬁcer the ability and authority to gather evidence on behalf of, and under the direction of, the certifying ofﬁcer (usually an OV). The use of CSOs will mean the CO’s time can be used more efﬁciently and should increase overall certifying capacity across the UK.

Government, Defra and APHA realised the certiﬁcation system and its ofﬁcials would come under signiﬁcant strain as the transition period ended and looked at ways to ensure the continued ability to export products of animal origin (POAO) to, and through, the European Union from 1 January 2021. By December 2020, 135 CSOs and 137 government-employed veterinary surgeons were in the process of training or had been trained to assist with the surge capacity required to allow continued certiﬁcation of products leaving the UK in early 2021.

Defra, BVA, APHA, RCVS and businesses held fortnightly calls in the run up to the end of the transition period in order to attempt to understand the strain that UK certiﬁcation capacity was likely to be placed under and to disseminate information from these regulatory bodies to the companies that would be carrying out the certiﬁcation work. The frequency of these calls increased in early January to attempt to understand the areas in the country where these services were stretched. This allowed the government vets to be utilised should a certifying ofﬁcer be unable to complete certiﬁcation due to falling ill or a sudden unpredictable increase in demand where, at short notice, a government vet would be made available, for a fee, to complete certiﬁ-cates on the company’s behalf for seven-day blocks.

Northern Ireland posed further problems as the Irish Sea effectively became a European border to prevent physical checks being required on the island of Ireland in accordance with the Northern Ireland Protocol. This means that POAO entering NI are subject to similar checks as they would be if they were being exported directly to the EU. In order to alleviate the ﬁnancial pressure that GB ﬁrms are under to continue to be able to supply Northern Ireland, a Movement Assistance Scheme has been introduced which allows OVs to charge the government directly for the cost of providing EHCs for product supplying Northern Irish customers. Certain goods and traders also qualify for a grace period ending 31 March 2021 which means that trusted traders, which includes supermarkets, will be given three months to adapt their processes in order to continue to supply Northern Ireland with POAO.

As EU stocks of UK product deplete and demand ramps up again, the need for certiﬁcation services is only likely to increase as 2021 progresses

From 1 July 2021, checks at UK ports will begin to ensure that imports requiring an EHC from Europe are imported according to UK requirements; veterinary capacity will also be required to allow this to take place. UK Port Health Authorities have been attempting to recruit and train vets to work at ports for this purpose since December, further increasing the strain on veterinary capacity across the UK.

The larger groups in the UK have started centrally to manage the provision of OV services across their companies. For example, IVC Evidensia have set up an arm of the group called Vet Exports. This forms a central point of contact to which enquiries can be received and contracts allocated to the most suitable OV provider in the vicinity of the customer.

Towards the end of 2020 it was widely reported in the media that many companies were stockpiling to avoid issues with imports and exports as the transition period ended. This, along with the historically low numbers of exports throughout January, will likely mean that as EU stocks of UK product deplete and demand ramps up again, the need for certiﬁcation services is only likely to increase as 2021 progresses.

TB, African swine fever and the profession at OV Conference 2021 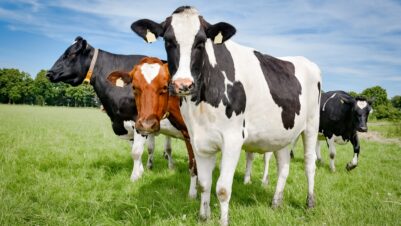 What are some of the key issues for equine veterinarians worldwide? 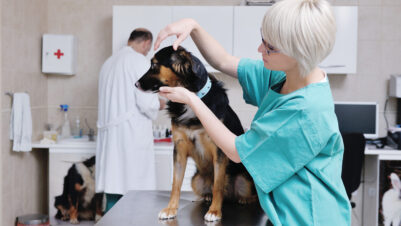