How will artificial intelligence impact the veterinary profession? - Veterinary Practice

If your business does not have an artificial intelligence strategy now, it is going to die in the world that is coming.”

eBay boss Devin Wenig offered this apocalyptic view of the danger in failing to fully embrace new technologies before an audience of senior managers in the retail sector in 2017.

But surely veterinary businesses are different? For their survival, they can rely on the natural intelligence of their expensively trained staff to continue providing the high-quality clinical services that animal owners need, now and in the future.

Don’t bank on it, digital technologies expert Nancy Rademaker warned at the RCVS ViVet Symposium on the impact of innovation on veterinary practice in Manchester on 1 October 2019.

She said both the human and veterinary medical professions were just as vulnerable as any other industry to the impact of rapid technological change and the effects that this is having on the behaviour of customers.

Nancy, a former Microsoft executive who now works for the digital transformation consultancy Nexxworks, gave the keynote presentation at the meeting on “Survival in the new normal”. She argued that the emergence of digital technologies has fundamentally changed what the public expects from all providers of goods and services.

Clients are better informed about the options available to them; they are more individualistic in their attitudes and more impatient about getting what they want, she said. And don’t expect them to be reasonable in their demands – in a faster-paced world, people increasingly rely on intuitive processes rather than logic when making their decisions.

In order to succeed, businesses will have to anticipate and respond to changes in the way that technology is used by their customers. “It is not about extrapolating from the past any more; it is about looking into the future and working your way backwards to now,” she said.

Looking at the wide range of technologies that are likely to influence veterinary practice over the next few years, she pointed out that some products are already on the market and will become increasingly popular. It is expected that the global wearable devices market for remotely monitoring the health and activity of pets will reach $8 billion by 2025.

In the human health market, such products are becoming increasingly sophisticated and will not only measure simple parameters like movement, heart rate and body temperature, but will also monitor things like food intake and make recommendations on appropriate behavioural responses, such as telling diabetics of their need for glucose or insulin.

Devices will become available that can measure any parameter that is worth tracking, Nancy said. In the veterinary area, this will mean cattle can be fitted with movement sensors that will identify the onset of oestrus. Similar technology will also be available for other species such as pigs, and although the sensors are currently too expensive for routine use in relatively low-value animals, there are significant efforts going in to producing cheaper versions, she said.

This would mirror the rapid reduction in the cost of genome analysis, which is likely to usher in a new age of personalised medicine in animals, as well as human patients. In addition to identifying those individuals with genotypes that may make them more or less susceptible to the effects of particular drugs, genomic analysis will also be carried out on microbiome samples from the gut, skin and other sites to assess which disease-causing organisms may be present in the patient’s body. There has been some speculation on whether these methods will eventually lead to a reduction in the demand for antibiotics, she said.

Progress in developing monitoring technologies will present some challenges in how to process and apply the data that becomes available. By 2020, doctors will have access to 200 times more data than the human mind can process – so the next priority will be developing artificial intelligence software that will be able to analyse this mass of information and draw accurate conclusions about what it means.

Technology giants like Google and Apple have teams working on these problems and there has already been significant progress made. One team has produced diagnostic software that can identify human patients with early indications of diabetes, based on continuous measurements of variation in heart rate, she said.

These results prompt an obvious question as to whether machine learning and artificial intelligence will eventually result in human and veterinary clinicians becoming redundant. Nancy reassured her audience that, at the moment, this appeared unlikely. She argued that these technologies will change clinical practice for the better, in the same way that the invention of the stethoscope made a huge difference to the diagnosis of heart problems. She noted that there was a tremendous amount of opposition from the medical establishment to the use of this simple and effective diagnostic tool when the first stethoscopes appeared in the early 19th century.

A look through the latest literature on neurology 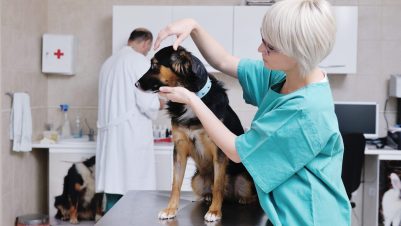 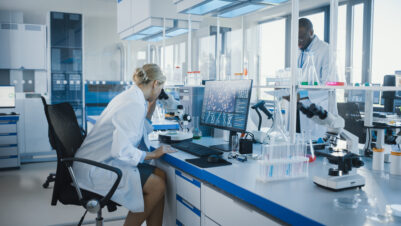 A look through the latest literature on soft tissue surgery 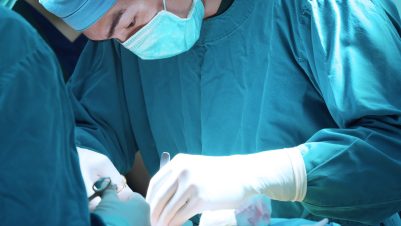 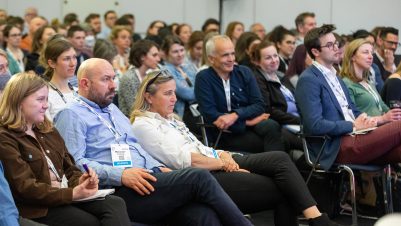