Most endocrine systems function through the release of a hormone molecule into the systemic circulation, which is transported in the blood and has its effect at a distant site. The extent and timing of release of the hormone molecule is generally controlled by a balance between stimulatory signals and inhibitory signals, and this is fine-tuned by internal feedback loops that serve mainly to prevent excessive secretion (Figure 1).

Endocrine diseases principally represent loss of control of these finely tuned systems. Typically, this is either underproduction of a hormone (a “hypofunction”) due to:

…or increased circulating hormone (“hyperfunction”) due to:

Diagnosis of endocrine diseases revolves principally around demonstrating an inappropriate level of circulating hormone in the context of the clinical signs, biochemical changes and stimulation/inhibition, with accurate interpretation requiring an understanding of the endocrine axis in question.

Broadly speaking, there are two types of endocrine tests: basal tests and dynamic tests (stimulation and suppression testing). Each type of test has specific indications, advantages and limitations, and each must be interpreted in light of the overall clinical presentation.

Dynamic tests can be further categorised into exogenous or endogenous tests. Exogenous dynamic testing usually involves enteral or parenteral administration of either a stimulus or suppressant for hormone release. Typical examples of these would be the ACTH stimulation test for hypoadrenocorticism or the low dose dexamethasone suppression test for hyperadrenocorticism (Figure 1). Endogenous dynamic testing, on the other hand, does not rely on administration of a stimulus or suppressant, but rather relies on that stimulus or suppressant being present in the patient already. An example of this would be the hypercalcaemia in hyperparathyroidism. In a normal patient, the high calcium levels would be expected to suppress parathyroid hormone (PTH) production by inherent negative feedback. The hypercalcaemia therefore is acting as an endogenous “suppression test”.

As a general rule, dynamic testing (either exogenous or endogenous) is preferable, and in some cases essential, to accurately diagnose an endocrine disease. Basal testing is sometimes unavoidable, and, while useful, it suffers from inherent reduced accuracy. Examples of testing types are listed in Table 1.

Stimulation testing is most appropriate for the diagnosis of endocrine diseases of hypofunction. This is on the basis that, in a disease of underproduction, the body is not capable of production of the relevant hormone. Stimulation testing provides a significant or maximal stimulation to the endocrine organ in question, followed by measurement of the hormone level to assess response. This type of testing is most useful when there is a defined major stimulus for production of the hormone (for example the role of ACTH in cortisol production), as this makes the absence of a response to stimulus a relatively reliable diagnostic test.

The ACTH stimulation test is also sometimes used to assess for hypoaldosteronism in cases of apparently “atypical” hypoadrenocorticism. This is an interesting exception, as ACTH is permissive for aldosterone release rather than a major/primary stimulus, and therefore the results of the test should be evaluated carefully and in light of the clinical findings related to aldosterone’s main stimuli (hyperkalaemia and hypovolaemia).

Suppression tests take advantage of robust negative feedback systems to assess for the adequacy of the normal negative feedback loops. Hyperfunction endocrine diseases occur due to uncontrolled production of a hormone, and thus by definition there is an absence of adequate response to normal feedback. This can be tested by providing a known suppressant followed by measuring the hormone in question. Interpretation relies on an understanding of the feedback loop that is being tested, as well as the limitations in the test with regard to potential for a stimulus to overcome the suppression in an otherwise normal patient.

Basal testing also has a place in endocrinology, but is most frequently used as a screening test in more complex endo­crine axes. Screening tests typically endeavour to disprove a differential diagnosis based on the result being incompatible with the disease in question. The most common examples of these are the measurement of basal cortisol in the case of hypoadrenocorticism or urine cortisol:creatinine ratio when screening for hyperadrenocorticism.

The main disadvantage of these tests is that they are often unable to confirm a diagnosis. As such, they are only appropriate for conditions where there is a low index of suspicion for the presence of the disease. In the case of a basal test result being compatible with the disease in question (ie a low basal cortisol in a possible hypoadrenocorticism case), it is mandatory to confirm the diagnosis with an appropriate stimulation or suppression test.

Exceptions to this would be considered to be testing for hyperthyroidism, where a high basal T4 is usually considered adequate to make a diagnosis (due, in part, to limited other causes of increased T4) or diseases where no widely available means of dynamic testing is available (eg urine nor-metanephrines in phaeochromocytoma).

Accurate interpretation of endocrine testing requires an understanding of the overall clinical presentation at the time the test is taken. Particularly, we need to know that there is adequate stimulation or suppression of our parameter of interest at the precise time that it is measured. This is because many of the hormones of interest have rapid release times and short half-lives in response to changes and thus, to interpret the response to positive or negative stimuli, we have to be certain that the stimulus was active at the time the measurement was taken.

Testing of the hormone in the absence of a stimulus makes interpretation of the results almost meaningless. If the blood parameter in question is within the normal range, the implicated endocrine organs are, by definition, potentially responding appropriately to stimuli. By way of example, if calcium is within the normal range, whatever the level of PTH detected must be assumed to be appropriate to maintain this normality, even if the PTH is above or below the “reference interval”. As such, it is impossible to diagnose hyper- or hypoparathyroidism as this requires the level to be definitively inappropriate.

Laboratory reference ranges are validated for normal, healthy patients… This must be borne in mind when interpreting endogenous stimulation testing

Further care has to be taken around the use of the term “reference range” with regard to hormone testing, as this can be misleading in the context of endogenous dynamic testing. Laboratory reference ranges are validated for nor­mal, healthy patients. Using the example of parathyroid hormone once again, the reference range for PTH is for a dog with normal calcium levels. This must be borne in mind when interpreting endogenous stimulation testing. For example, in a dog with hypocalcaemia, the only appropriate PTH level would be high. So, even a PTH level within the “reference range” is inappropriate and therefore diagnostic of endocrine disease.

There are some important things to take into consideration and pitfalls to avoid when interpreting endocrine testing, some of which are summarised in Table 2. 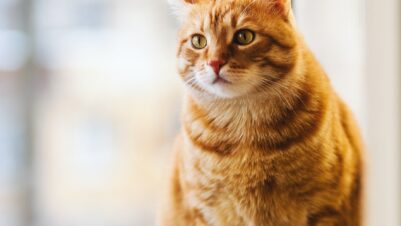 What do I need to know about allergy testing? 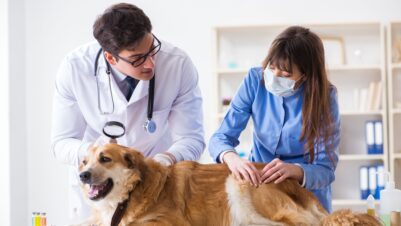