Two hundred and fifty delegates attended the Official Veterinarian (OV) Conference with lecture streams dedicated to farm animal, small animal and equine vets, as well as workshop programmes. Andrew Soldan, APHA’s Veterinary Director, gave the heads up that “never before has the UK been so aware of how much it relies on OVs to certify exports, control TB and detect statutory diseases”. By the UK, one assumes that this is the APHA UK, or even the UK government, but it would be pleasing to think that the public or the media in the UK were appreciative of veterinary efforts for the good of all.

The role of the practitioner

A lunchtime workshop, facilitated by Linda Smith and Gareth Hateley, discussed the role of the practitioner in surveillance and it surprised the group to discover that there are some 348 veterinary surgeons employed by the government, including 35 field officers. Some of their work focuses on providing information to veterinary surgeons in practice so that an effective network is maintained and developed, to identify and eliminate threats. Many false alarms are investigated but the clear message is that if you see something unusual, tell someone. Surveillance is not about numbers; one observation may be a vital factor. There is a list of over 40 large animal notifiable diseases, but not seen for over 100 years are Brucella melitensis, contagious bovine pleuropneumonia, epizootic lymphangitis, glanders, cattle plague and sheep pox.

Gareth enlarged on new and emerging cattle diseases in the main hall, recognising that there are known threats that are currently unknown, but also unknown threats that are unknown. A scanning surveillance network is accessible to 100 percent of farms in England and Wales. A risk assessment of any threat follows a detection alert involving vets, farmers, horizon scanning and the integration of datasets with threat characterisation, utilising pathology with laboratory testing, farm visits and epidemiology. A human animal risk surveillance group is actively involved with the veterinary risk group and the four chief veterinary officers receive a risk assured monthly update.

Communicating a threat to decision makers for action by the agricultural industry or the government is essential. The monthly surveillance report and dashboards within UK Vet Gateway are important sources. Included in current concerns are summer scour (weaned calves with unexplained diarrhoea and weight loss), astrovirus (nervous disease akin to BSE), congenital bluetongue (present in Europe and causes abortions, weak calves and neuropathic lesions), udder cleft dermatitis (unknown cause probably related to udder confirmation) and the need for more understanding about Mycoplasma bovis.

African swine fever and the risk to the UK

Alastair George, of the APHA Veterinary Exotic and Notifiable Disease Unit, highlighted the threat of African swine fever to the UK pig industry. The disease has been detected in Belgium and has spread from Africa to Eastern Europe, Central Europe and Asia. Currently classified as a medium risk for the UK, there is no vaccine and slaughter is the recognised control option. Over the past five years, there have been two to five suspected cases per year. The tests for classical swine fever and African swine fever yield a result in one to two days, so suspect herds can be cleared quickly. Wild boar are considered responsible for spread of the disease, linked to soft ticks. Biosecurity at pig premises is considered essential and veterinary surgeons are reminded to engage with clients to emphasise the need for effective disease precautions.

Alasdair Macnab gave a hard-hitting account of lax biosecurity by veterinary surgeons in cattle practice. Over coffee, the head of a major practice indicated that as a result of the points made, he was reviewing the procedures of all the practice staff with the aim of eliminating the transfer of animal-related material from farm to vet, vet back to the practice and vet to another client. The topic is already generating considerable angst at practice level.

Brexit – where are we now?

Kulin Patel of the Veterinary Trade Directorate accepted the impossible task of explaining likely changes in legislation after Brexit. It is clear that much thought has been given to the effect of the UK leaving but still complying with existing legislation developed by the EU-28. Exports to the EU are considered “work in progress” and any changes to export health certificates will be flagged up as a matter of urgency. Despite the planning, the speaker recognises that Brexit will continue to surprise and bring new challenges. It was explained by Arjen Brouwer, Course Director at APHA, that 47 Certification Support Officers (CSOs) have been authorised, with another 5 due and 10 in training. Free training places are still available. The officers support the OV-led team by collecting information and evidence for export certification but the CSOs are not certifying officers. Initial reports are that the role of these officers is valued by OVs and depending on the political outcomes, the need for OV support is expected to grow substantially.

There were five significant presentations on bovine TB. Claire Wade, veterinary advisor for TB Policy, highlighted that, in England, on-farm actions are intended to be linked to slaughter compensation, a new Implementation Forum is being established and the TB Hub is having a makeover together with the TB Knowledge Exchange. From January 2020 herds within the High Risk Area will be tested six-monthly instead of annually. David Harris, veterinary advisor to the Welsh government, indicated that a triple test pass with validated tests is considered as a skin test pass and that persistent breakdown herds have high numbers of severe interpretation inconclusive reactors. Testing of badgers found dead and trapped has shown that around 7 percent are M. bovis positive. There has been a poor uptake by farmers of the Cymorth TB advisory visits and so, instead of opting in to the programme, a farmer will have to opt out. There are recognised issues with on-farm biosecurity and TB, and biosecurity requirement notices are being served to farmers.

Vivienne Mackinnon of APHA Northern Scotland pointed out that Scotland has few persistent breakdown herds, but imported cases do not count towards the 0.1 percent infected incidence. Pre- and post-movement testing is required for imports. Surveillance is risk based and 57 percent of herds are not tested. A farmer receives only £1 compensation for a positive animal that has been moved into a restricted herd. The plan is to involve more private vets to provide advice and support for farmers.

Sue Quinney of APHA’s Contract Management Team discussed the findings from the pilot study of Approved Tuberculin Testers, selected from outside the Defra animal health staff, that has operated since December 2018 in 11 veterinary practices. Each trainee has an approved veteri-nary supervisor and online training and tests 500 cattle in at least 10 different herds. A minimum of 80 skin reactions are read. Nine applicants have been authorised and an audit has shown that each has excellent skills in dealing with farmers, in handling cattle and with biosecurity. The pilot ends in February 2020 and then a decision will be made whether to initiate the programme more widely. Tenders for the new TB testing contract are due in April 2020, with the new contract starting in March 2021. No outstanding issues have been identified, and it is likely that the new contract will include non-veterinary surgeon approved tuberculin testers.

Ellie Brown, Veterinary Head of TB Policy Advice, gave an encouraging review of the use of novel TB tests. Defra spends a large proportion (80 percent) of the £4 million TB research funding on novel test development. A high predictive value (truly positive) is sought, incorporating high specificity and high prevalence. A DIVA test (one injection) to identify specific antigens not present or not expressed by BCG is ready to be field tested. Laboratory testing of lesions and enhancing the culture medium for non-visible lesions is improving the identification of M. bovis and other mycobacteria. Validation trials for 11 M. bovis antigens (Enferplex) are in progress in herds that are undergoing gamma interferon testing (persistent breakdown herds). Follow-up skin tests have shown no false positives.

The possibility outlined of bulk milk testing as a herd screening test and individual cow milk testing stimulated considerable discussion during and after the presentation. For veterinary surgeons in practice, to be able to routinely monitor TB in client herds and to separate out cows that are potentially infected, as with other diseases, is an exciting development. Validation testing would need to go beyond problem herds as quickly as possible as a strong potential is seen with unrestricted, but worried, clients. Compensated slaughter, initially, is thought only likely to take place following a skin test.

It was explained that test validation requires confirmation of disease freedom, with reproducibility and repeatability between different laboratories. Results would need to be able to stand up to legal challenge. The use of non-validated tests requires the written consent of the Secretary of State with the application procedure available on the APHA Vet Gateway. The speaker indicated that current procedures were finding most breakdown herds but within the programme these herds need to be better dealt with. 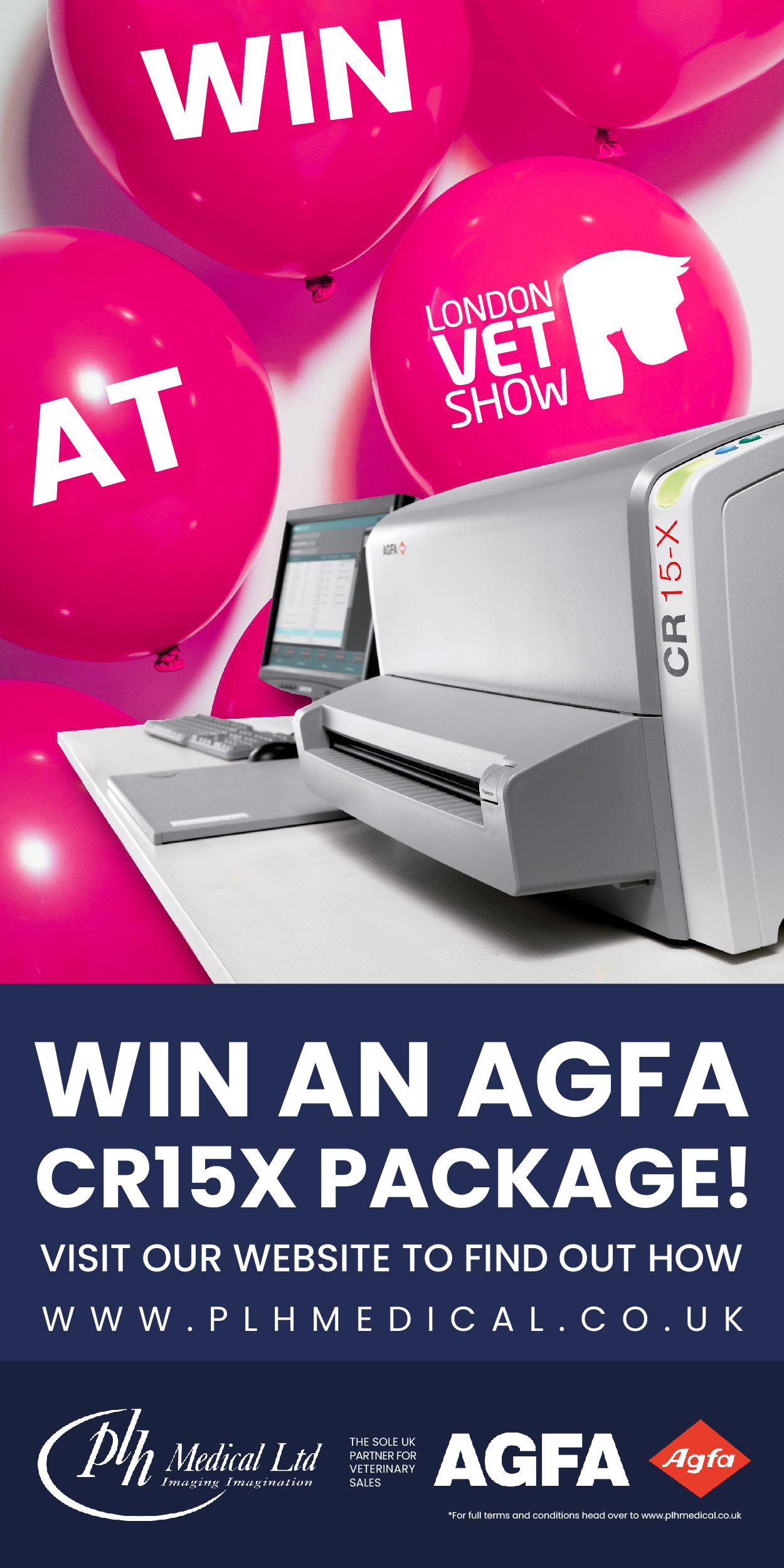 TB, African swine fever and the profession at OV Conference 2021

Embracing data-led approaches to improve the responsible use of medicines 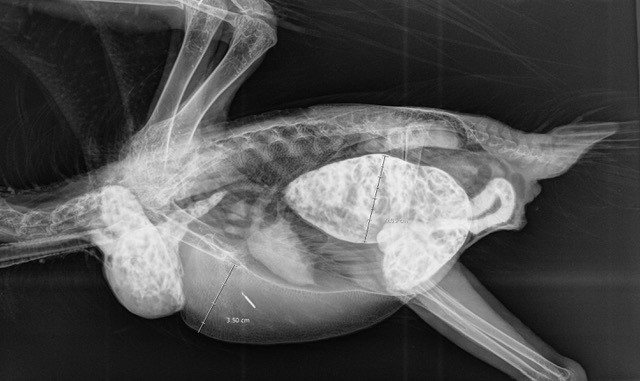