Despite castration being a routine surgical procedure, care must be taken not to play down the risks to the owner. For the inexperienced vet, undertaking the procedure will precipitate much anxiety, which is normal. However, with assistance for the first few procedures and thorough planning for all subsequent castrations, the surgeries will be performed successfully and complications can be minimised.

The testicle descends into the vaginal process at 290 days gestation, therefore at the time of birth both testicles are external to the vaginal and internal inguinal rings and lie within the inguinal canal. During the first few weeks of life, full descent of the testes occurs leaving them palpable in the scrotum. It is, therefore, impossible for a true abdominally retained testicle to pass through the vaginal ring after birth, although testicles within the inguinal canal may descend as late as two years post-partum.

When is the right time to perform castration?

Castration may sometimes be delayed to augment masculine features such as a crest on the neck, or to allow assessment of performance and consequent breeding potential

Stallions can be castrated at any age over three months. The timing is usually dictated by managerial convenience with most horses being castrated when they are between one and two years old. Peak sexual development in male horses occurs between 12 and 18 months of age. Castration may sometimes be delayed to augment masculine features such as a crest on the neck, or to allow assessment of performance and consequent breeding potential. In bulls, castration before puberty delays closure of growth plates in long bones and this may also be true of stallions (Purchas et al., 2002).

Following a thorough physical examination the scrotum should be palpated, aided with sedation, for evidence of both descended testes or inguinal herniation. If both testes cannot be palpated, an ultrasonographic examination can be useful to determine their location (Schambourg et al., 2006). Likewise, the presence of small intestine in the scrotum can be confirmed with ultrasonography and will require appropriate surgical intervention. Current tetanus prophylaxis should be established, and tetanus antitoxin administered if unknown.

Preoperative administration of antibiotics for castration is much debated. Many veterinarians choose to administer one dose of procaine penicillin (22,000iu/kg) prior to surgery. This is often dictated by the environment, weather conditions or other factors but should be evaluated critically on a case-by-case basis. Preoperative administration of non-steroidal anti-inflammatory drugs should be standard practice (phenylbutazone 4.4mg/kg or flunixin meglumine 1.1mg/kg) with a short course of the oral equivalent given post-operatively. Castration inevitably causes some level of pain, thus requires appropriate analgesic treatment (Dalla Costa et al., 2014).

Horses can be castrated either standing or recumbent; the decision is usually dictated by the size, temperament and/or age of the horse. Poor patient selection for standing castration can be dangerous to the surgeon. If the horse elicits an evasive or hostile response to palpation of the genitals, the procedure is best performed under general anaesthesia. Likewise in ponies, and those with poorly developed testes, the procedure is mechanically difficult if attempted standing. If being performed under general anaesthesia the decision must be made whether to perform it under field conditions or full surgical facilities. The latter is usually reserved for mature horses where ligation of large testicular vessels is required as part of a closed castration.

An alpha-2 adrenergic agonist, usually detomidine (20mg/kg IV) or romifidine (40mg/kg IV), combined with butorphanol (20mg/kg IV) is preferred by the author; acepromazine is usually unnecessary in the standing patient and carries a low risk of persistent penile prolapse.

The scrotal area is aseptically prepared with dilute povidone-iodine or chlorhexidine followed by intratesticular injection of 2 percent lidocaine hydrochloride (typically 10 to 20ml/testis). The author uses a 21G 1.5inch needle for this to prevent haematoma formation. Lidocaine is also injected along the planned incision sites 1cm each side of the median raphe. The area is then re-scrubbed with dilute povidone-iodine or chlorhexidine and rinsed with surgical spirit in preparation for the surgical procedure.

The incision must be made along the most dependent curvature of the scrotum 1cm to the left or right of the median raphe, depending on the testicle being approached

Sterile gloves are worn, and the surgical kit is laid out in an area out of wind and sources of contamination. The testicle is tensed in the scrotum and a large, bold incision is made through the skin, tunica dartos and parietal tunica vaginalis causing the testicle to be exposed (Figure 1). The incision must be made along the most dependent curvature of the scrotum 1cm to the left or right of the median raphe, depending on the testicle being approached. The incision should be large and appropriately placed to ensure good drainage post-operatively, thereby reducing swelling and associated risk of infection. The testicle will be attached to the caudal reflection of the parietal tunic by the proper ligament of the testis and ligament of the tail of the epididymis. The mesorchium is then penetrated with a finger and the neurovascular element of the cord is emasculated (Figure 2). The emasculators should be left in place (supported) for a minimum of two minutes (Figure 3). The author recommends a longer time frame, up to five minutes, which the owner or assistant can time.

Following removal, the stump should be inspected for haemorrhage. An artery forceps can be placed on the edge of the cord a minimum of 2cm proximal to the site of emasculation to check for haemorrhage. In addition, the vaginal tunic can be grasped and pulled out of the incision and its interior inspected for signs of haemorrhage. If present, the cord should be re-emasculated. Following effective emasculation of the neurovascular cord, the musculofibrous cord is tensioned and emasculated with the aim of removing as much tunic and cremaster muscle as possible, otherwise they will hang out of the incision, swell and prolong healing.

In a properly performed open castration, none of the tissues remaining in the scrotum have been handled by the surgeon and no foreign material has been introduced; consequently, the risk of infection is very low

The second testicle is removed through a separate incision. At the end of the procedure both incisions are stretched in a craniocaudal direction by inserting the index finger of each hand in the cranial and caudal edges of the incision and pulling them apart. This helps to prevent premature closure during healing thereby reducing the risk of swelling and infection. In a properly performed open castration, none of the tissues remaining in the scrotum have been handled by the surgeon and no foreign material has been introduced; consequently, the risk of infection is very low.

Some surgeons ligate the neurovascular cord with 5 metric absorbable suture, either in place of or to supplement emasculation. In the author’s opinion this represents an unnecessary risk as the introduction of foreign material increases the risk of infection, particularly scirrhous cord.

If using general anaesthesia for open castration, surgery is best performed in a well-drained mature grassy paddock or, failing that, a manège as they provide the necessary grip for recovery. The procedure must not be performed in a stable for safety reasons. The area should be kept quiet particularly during induction and recovery. The author strongly recommends the assistance of a veterinarian or nurse for field anaesthesia.

Simple field anaesthesia can be achieved using an alpha-2 agonist (the author prefers xylazine (1.1mg/kg IV)) followed by ketamine (2.2mg/kg IV) in combination with diazepam (0.1mg/kg IV). The horse must be profoundly sedated prior to induction of anaesthesia. Anaesthesia can be prolonged after 12 minutes with a bolus of 50 percent of both the sedative and ketamine used. Once anaesthesia has been induced the horse is placed in either lateral or dorsal recumbency for the procedure, which is performed as described above. The author strongly recommends the use of local anaesthetic even under general anaesthesia in order to reduce the surgical stimulus. The veterinarian must supervise the recovery of the horse.

A small amount of post-operative haemorrhage is common, but the veterinarian should not leave the premises if the bleeding is any more than one drip per second. The author usually recommends box rest until the following day when turn out and light exercise is recommended for 7 to 10 days. This is to reduce swelling and encourage drainage. After this period the horse may return to work. 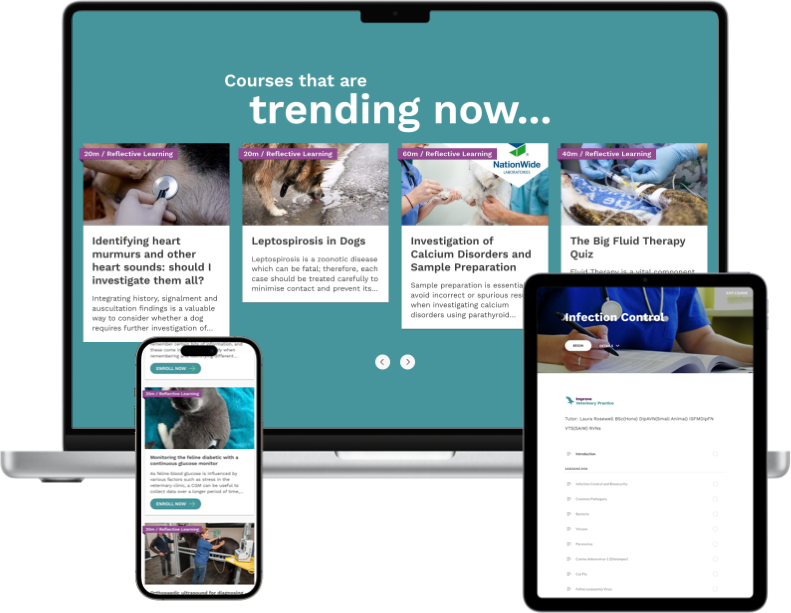 Have you heard about our
IVP Membership?

A wide range of veterinary CPD and resources by leading veterinary professionals.

Stress-free CPD tracking and certification, you’ll wonder how you coped without it.

Colic: when to refer?

Placement and interpretation of lower limb nerve blocks in horses 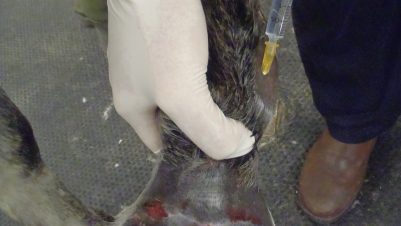 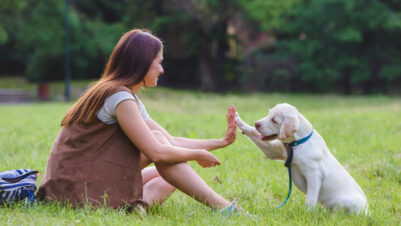 The top three myths about pseudopregnancy in dogs 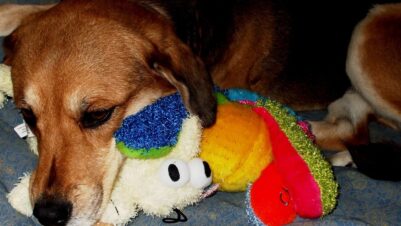 Have you heard about our
IVP Membership?

A wide range of veterinary CPD and resources by leading veterinary professionals.

Stress-free CPD tracking and certification, you’ll wonder how you coped without it.